Networking and Kubernetes, first steps in the cloud-native world.

Since last year my home server is based on Docker. I spent some time during this winter holidays season to learn a bit more about how networking works in container and Kubernetes.

My plan was to start with the free ebook of Tigera Kubernetes Networking and Security and complete the path with the Certified Calico Operator free training.

The goal was not to become a Kubernetes expert, just to get an overall idea of what it is and how it works.

After watching the first few videos of the training I noticed I had too many gaps to fully appreciate all the concepts and advantages of the Calico CNI .

Plan you work, work your plan. Change your plan if it doesn’t work.

So that’s what I did: I bought a copy of Networking and Kubernetes and restarted from the basics.

So here’s my experience and a review of the book. 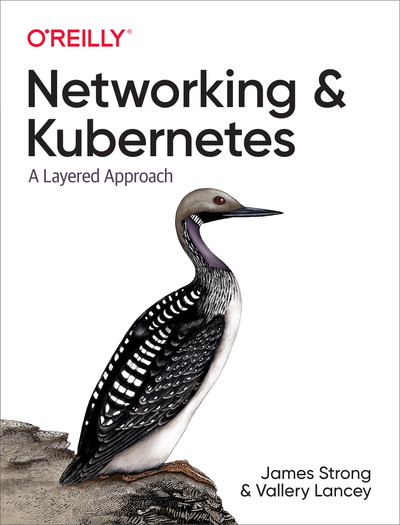 The book is around 300 pages long and it has many topics to cover. It doesn’t include all the answers, it’s not a deep dive but it provides all the basic concepts to kickstart a learning path.

That’s exacly what I was looking for.

Chapters 1,2 and 3 are about networking in general, Linux networking and container networking.

I felt entitled to skip chapter one, I read through chapters 2 and 3 and learned a few things and clarified some misconceptions I had about containers.

A basic knowledge of Linux is very useful. I strongly suggest to any IT professional to learn Linux and some basic scripting, it’s an investment that will pay off soon.

Chapters 4 to 6 are all about k8s networking, from introduction to advanced to K8s in public clouds (AWS, GCP and Azure).

I read every page with focused attention, made more than a few diagrams and watched YT videos along the way to go deeper into some topics.

The book flows very well, with examples that are clear and easy to follow.

The authors clearly have a Strong 1 network background, the packet walks are imho the best way to understand what happens at the network level.

The whole reading experience was inspiring and interesting.

After finishing the book I felt much more confident and restarted the Calico training. It all made sense now! I watched the videos, made some labs, took notes and passed the exam on the first try with a 90% score. 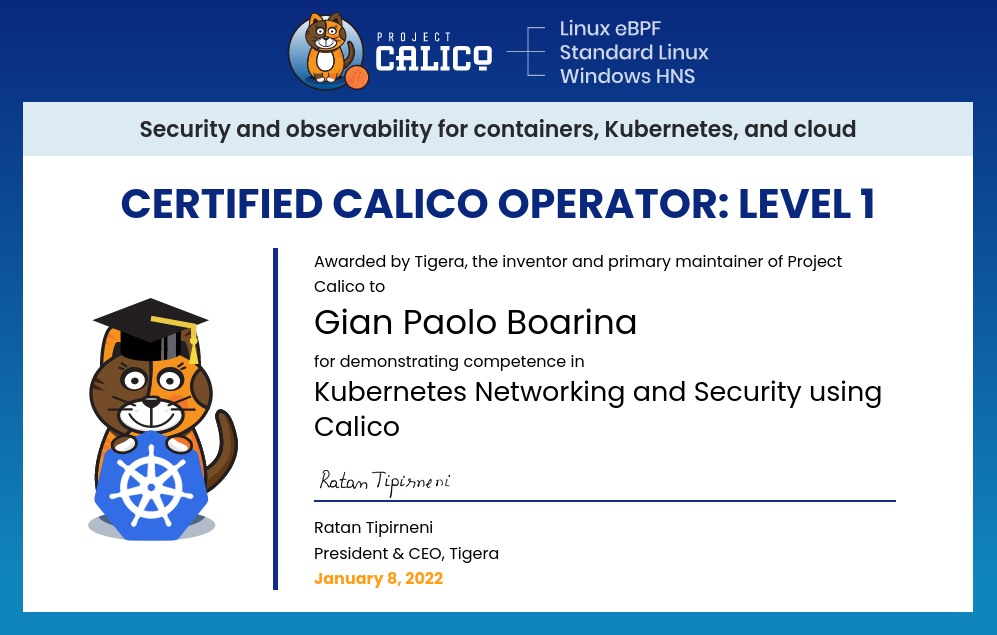 As for the AWS Networking and the recent GCP Networking books, it’s great to see study material specifically created for Network Engineers/Architects or whathever title is printed on our business card instead of the more appropriate “packets plumbers”.

During the first years of the public cloud it was common to hear that Network Engineers were an endangered species. After a decade it happened again with containers and overlay.

Network and transport security require a specific set of skills that has a little overlap with developers and systems engineer. Some silos will go down but I don’t foresee a day in wich the network will be so abstracted that developers will be able to write code and ignore all the rest . Someone must take care of the packets.

T-shaped skills is the most realistic scenario, my peak is networking, now I feel I’ve broaden the T a little bit.

Will I go further in k8s training? I don’t think it will happen any time soon. Unless a use case comes in from some of the customers I work with, other priorities take me down to a different path.

For sure this basic understanding of k8s was an initial step and I am happy to have invested some time learnig more about it with the right book for the task.

I suggest any network engineer to read this book to get a general knowledge of networking in k8s.

If you liked this review you main be interested to read my review of the AWS Certified Advanced Networking Specialty .

The latest entry in my stack of technical books: #Networking & #Kubernetes by @strongjz and @vllry

Networking is always new and always the same 🤔 pic.twitter.com/XDMkWoDB14

Special mention to @NetworkAndK8s a great resource for any network engineer curious about k8s pic.twitter.com/Zc3Wams1RT