Not long ago an Intel NUC i3 running Docker containers joined the home-lab. The NUC serves me well, it’s silent, low power and runs many containers for always-on functions like DNS, network automation, media server and more..

For my labs I needed something more powerful. I run some VMs on my i7 NUC but sharing the resources on the same machine I’m working on is far from being an ideal setup.

After some research and orders from UK being canceled (Brexit) I ordered a server form Germany: an HP DL380P. 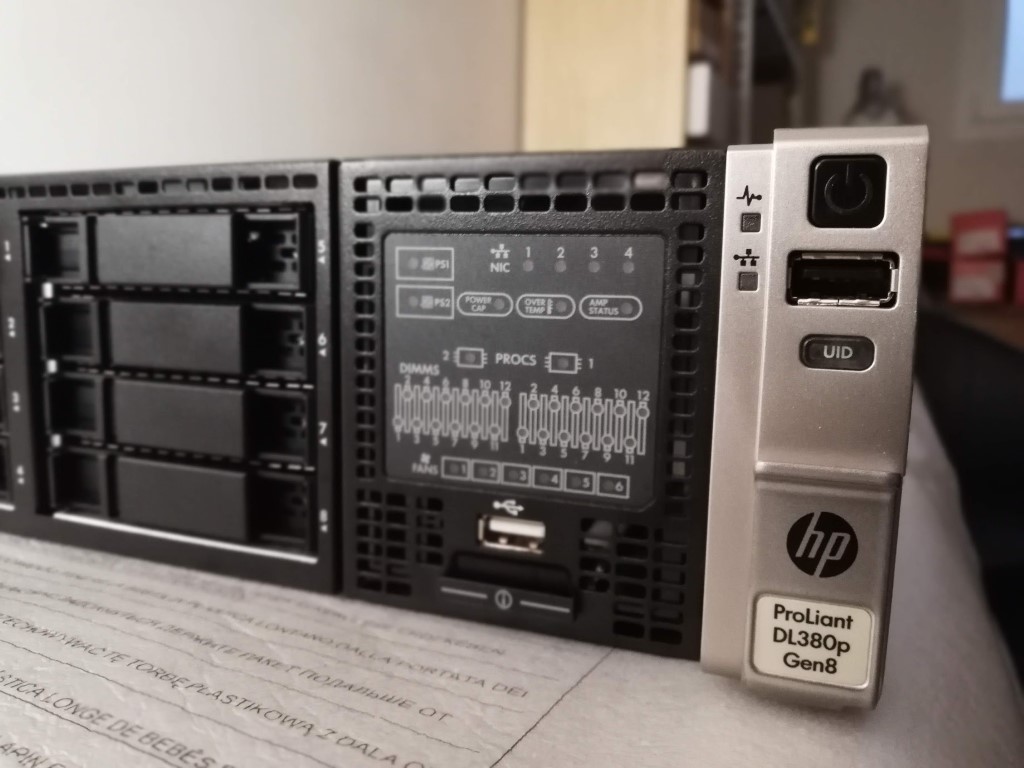 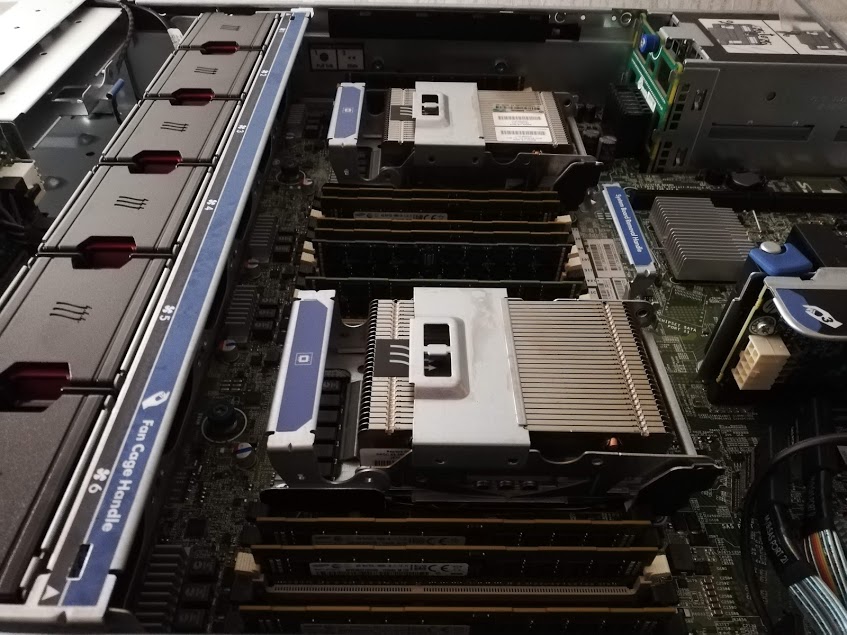 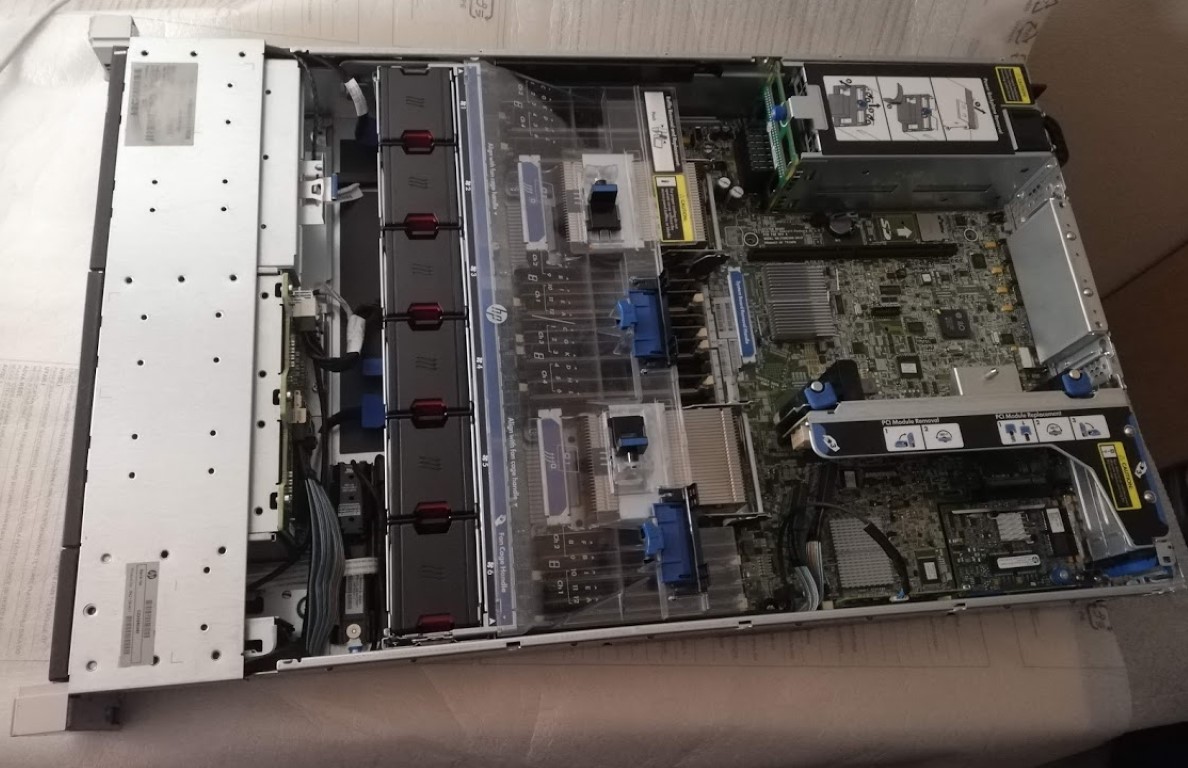 I’m not sure how much space I’ll need, so I started with one 1TB SSD disk. Will add more disks eventually, when space runs out. 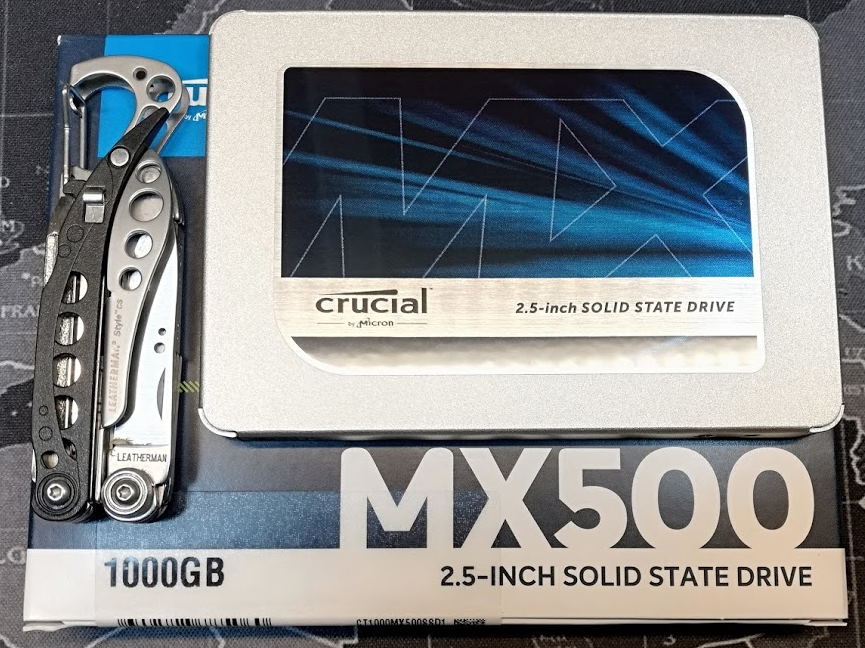 To store ISO and OVA files I’ve added an NFS datastore to the ESXi hosted on my TrueNAS . This option saves a lot of space on the SSD.

VMware ESXi is my first choice for virtualization, the one I’m more comfortable with.

I’ve considered trying something new like Proxmox but right now I prefer to focus on other topics.

The main uses of the server are labs and the evaluation of software.

The server has some low power options, static or dynamic. I set the dynamic option, with a few VMs it runs around 100W, when network emulators start it goes up to 150W+.

This is not a big concern actually, solar panels are on their way to my roof.

I’m pretty happy with the server so far. The iLo module is very useful for remote management. I had inconsistent experiences with WakeOnLan in the past, an iLo si a great improvement.

I turn on the server only when I need it, it’s placed in the garage so noise is not a concern. Actually the server makes less noise than I’ve expected, probably because I’m used to work with Cisco Nexus 9k 😆