I had an HP Microserver N36L since 2011. Despite its low power it served me well as test machine, then converted to a NAS running Debian. 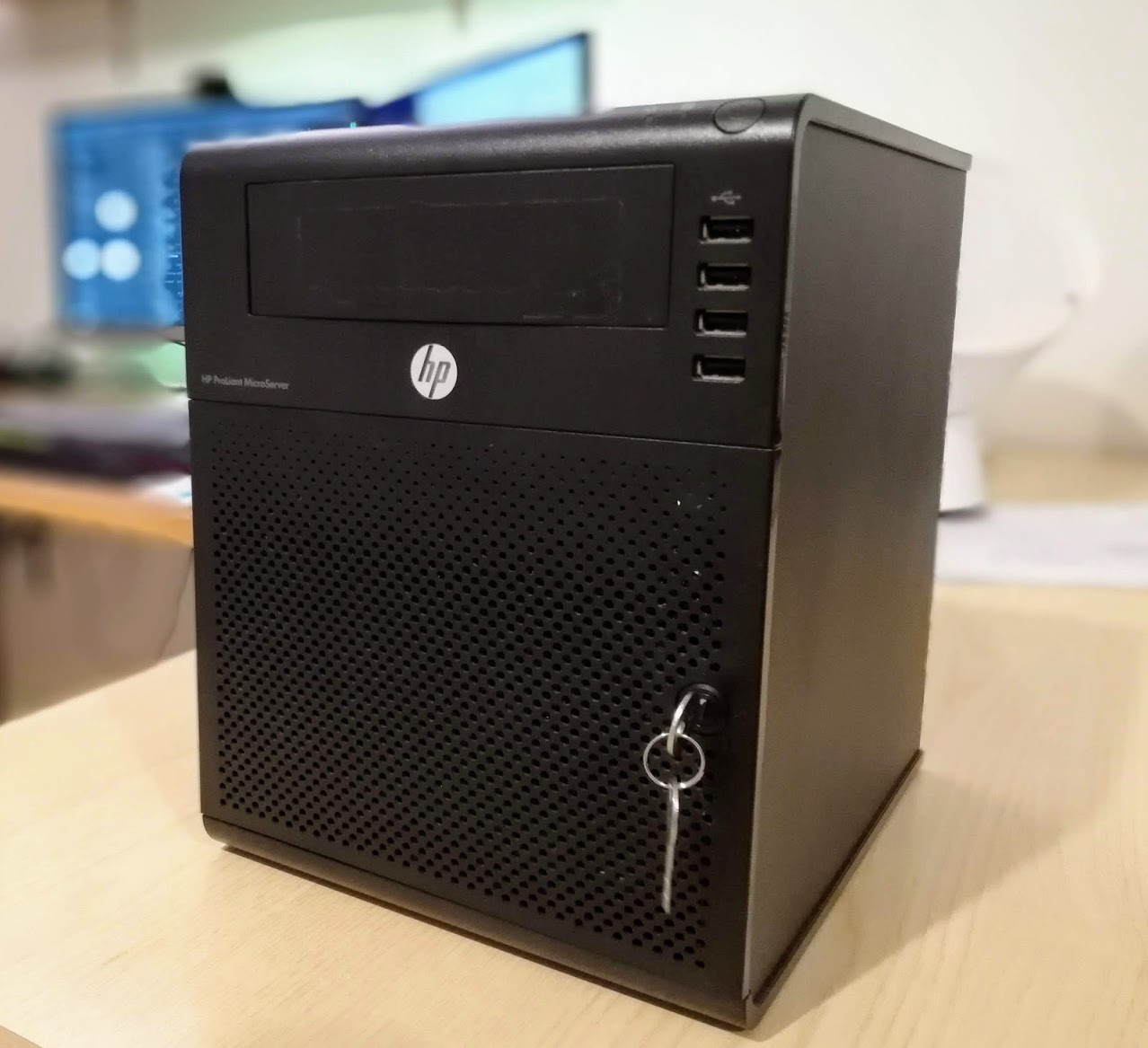 When the main disk failed, a >10yo 250GB Seagate Barracuda, it seemed a good time to give a new life to the old but good server.

After evaluating some options, the best use for my need was a NAS with options to run Plex and some VMs or containers.

FreeNAS seemed the best option with ZFS so I gave it a try.

The hardware list started with the HP Microserver N36L with 16G of RAM. I got rid of the old disks as I don’t feel them reliable anymore.

So I got 3 new 2TB Seagate Barracuda st2000dm006 hard disks and a spare 32GB USB key to use as boot disk. I increased the storage capacity with another 2TB disk, out of the storage pool, for unimportant data. 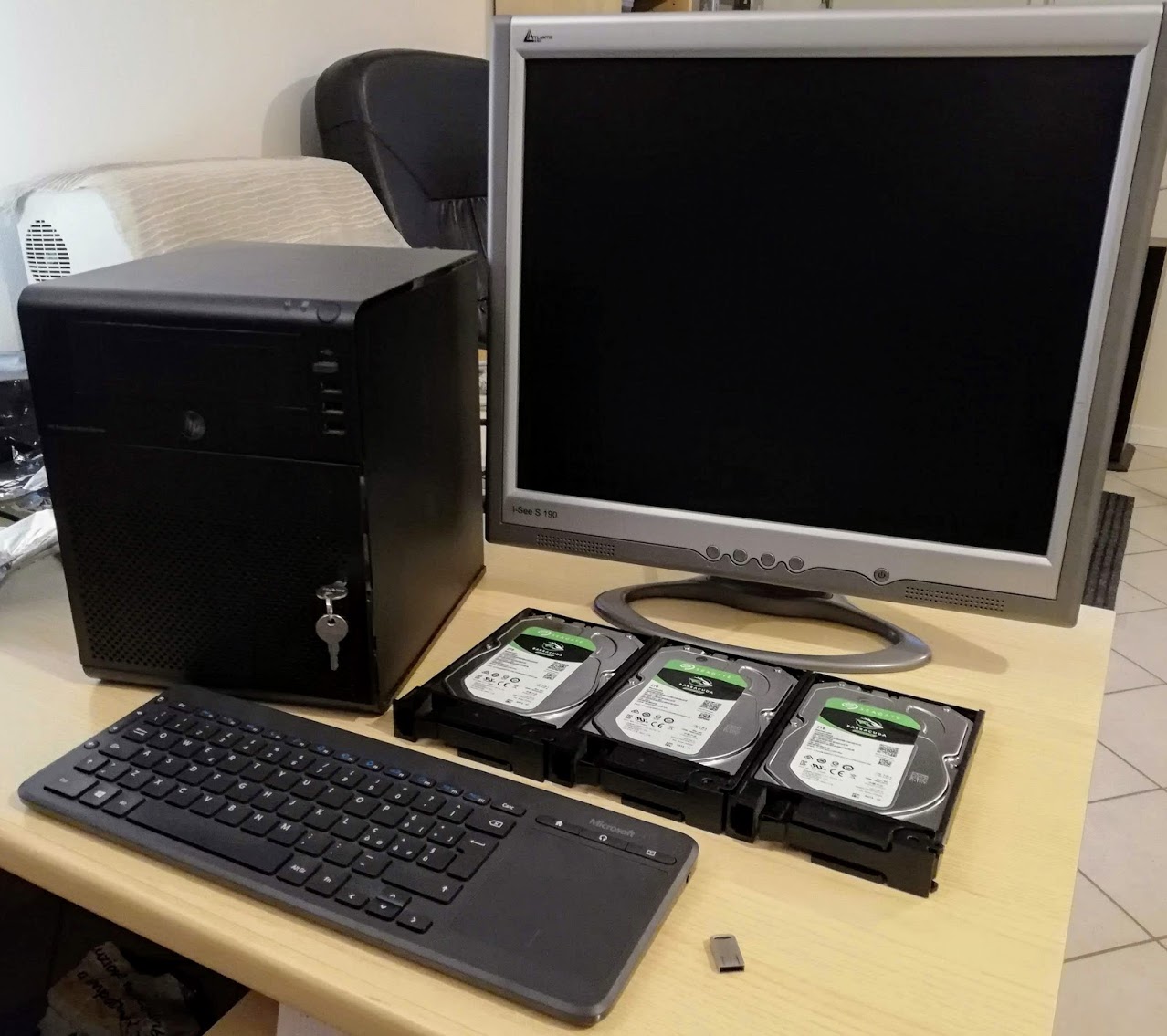 The USB key as boot disk wasn’t a great choice, more on that later.

The HP NL36L only has a VGA port and I noticed I don’t have any VGA monitor anymore. The two options where to use the TV in the kitchen or borrow an old monitor. I got an VGA to HDMI converter for future use.

The installation process of FreeNAS is very well documented , no need to add much more on that, just follow the procedure.

Note that installation requires two disks, one to boot the system and one as destination. 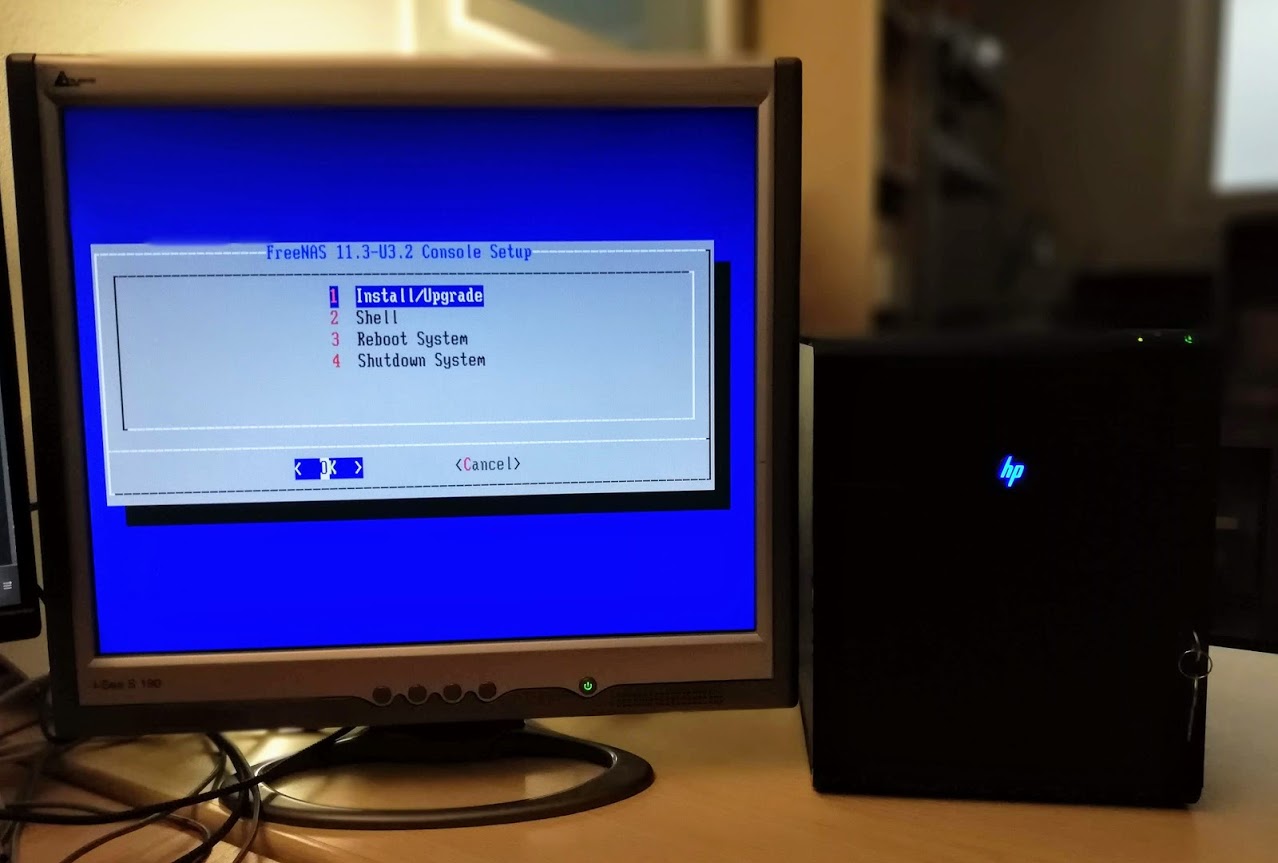 After a few days of use I noticed the NAS was unreachable, and the web interface as ssh access were not working. 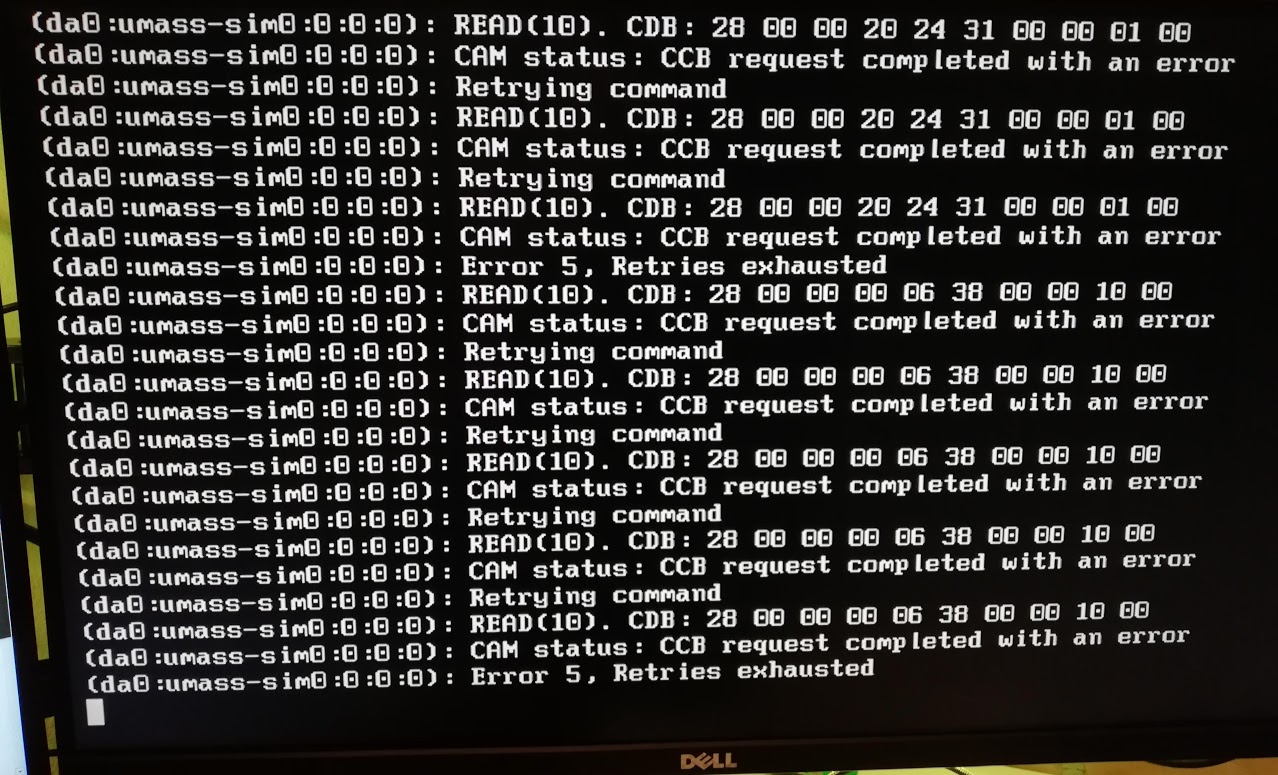 Some google-fu lead me to think it was a boot disk problem.

But maybe also a software problem

After evaluating some options, I decided to add an SSD disk to use as boot drive, connecting it to the internal USB port of the server. With only 4 SATA bays it would’ve been a waste to use one only for boot. 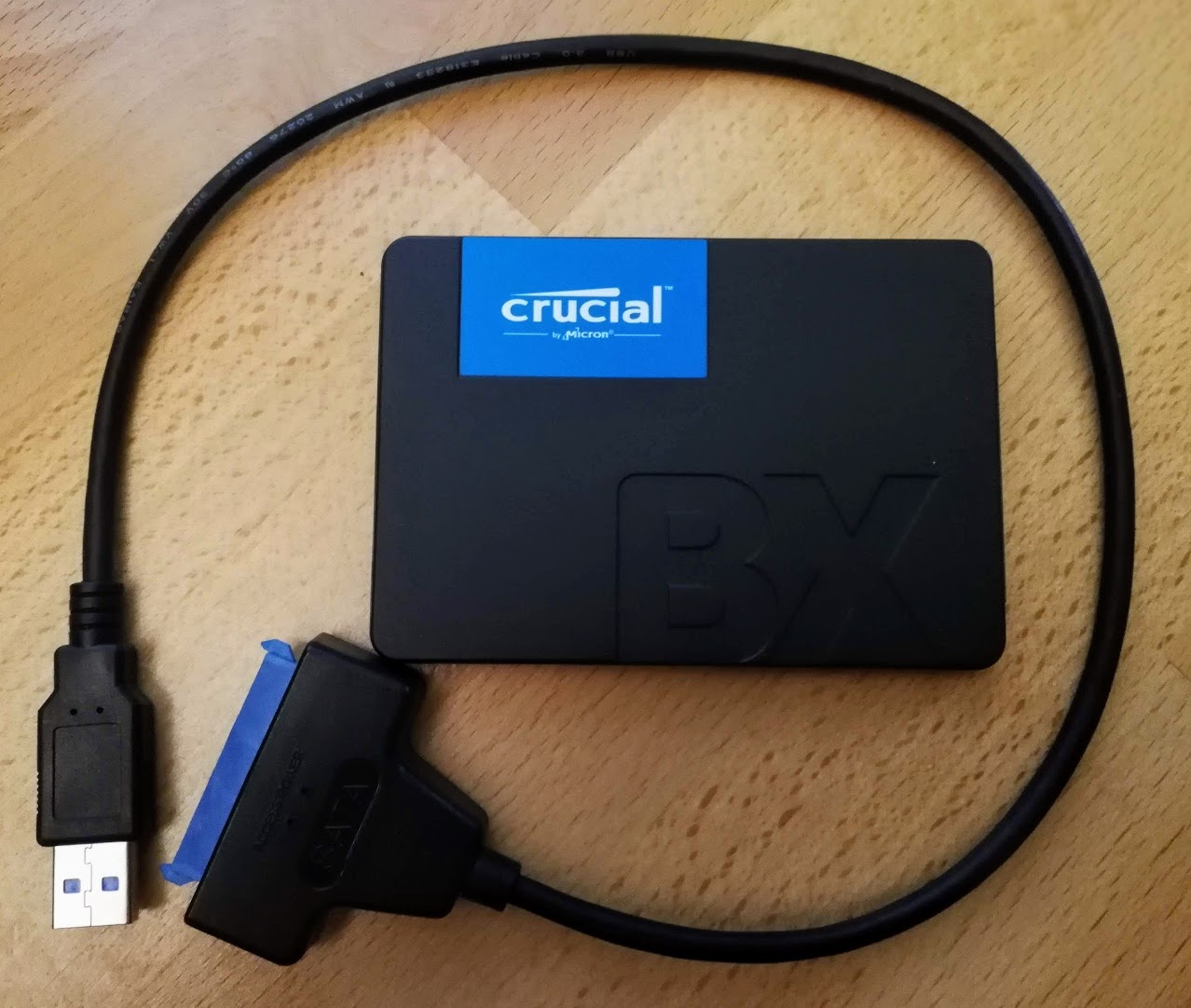 I’m quite happy with the end result. The USB cable is long enough to reach the internal USB port and the drive is in the CD-ROM bay of the server. I used some rubber feet to keep the SSD in place, MacGyver style 😎 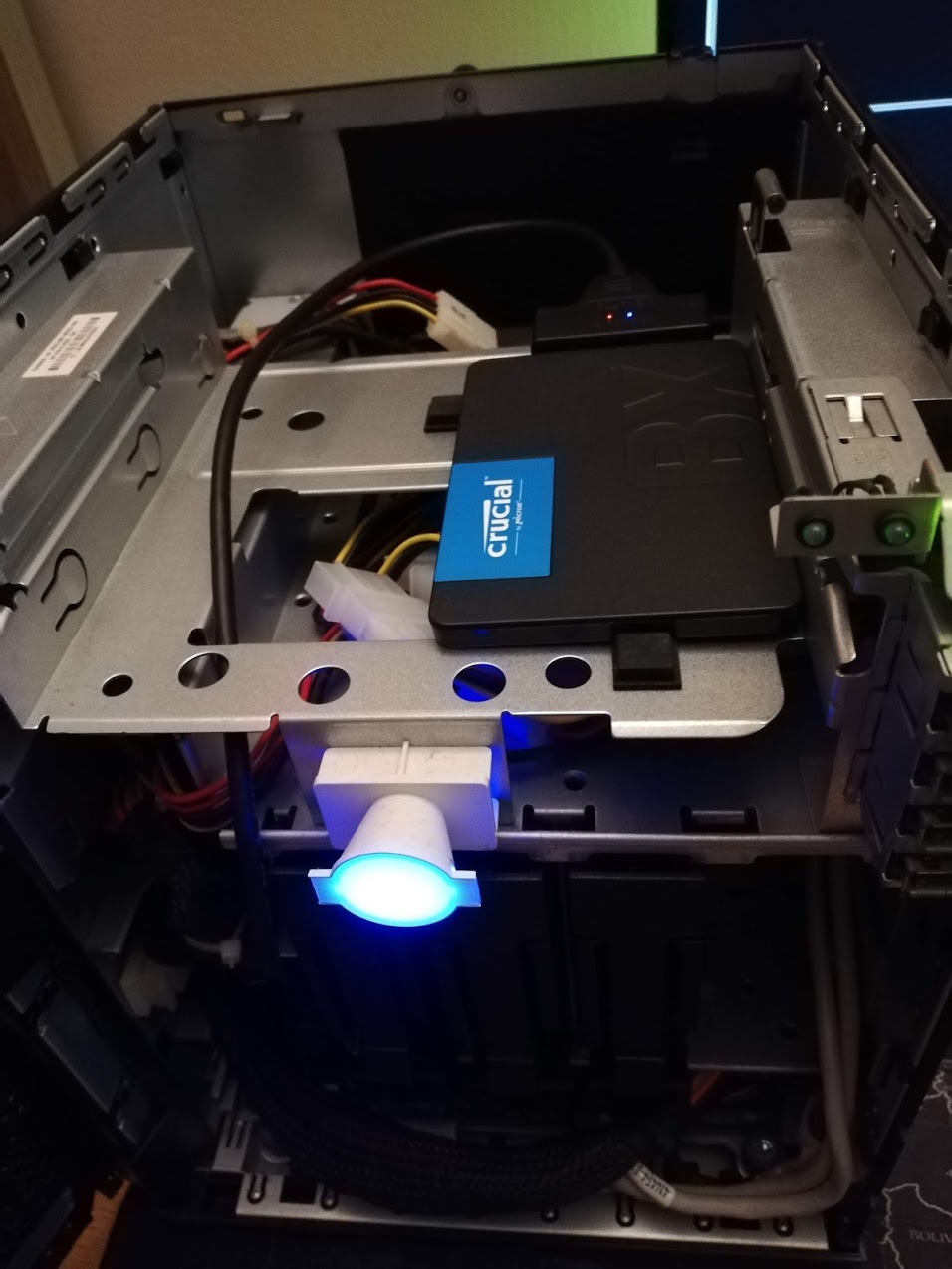 After the installation I copied all my data from the backup disk to the FreeNAS volume, connecting the disk to the last bay of the server.

Then I synced the data on my local disk, via network.

Memory and CPU load were high when using the USB key to boot, not sure it’s related but switching to the Crucial SSD drive significantly lowered both values.

I don’t need much space on the NAS so the 2TB size of the disks are enough for me and make my wallet happy.

The ZFS with the RAIDZ1 volume stores important data, one additional 2GB disk is used for data I can download again in case the drive fails (ISO images, software, music I buy from Amazon with AutoRip mostly).

According to the 3-2-1 rule, I keep one copy of the data on a disk on my NUC , one copy on the NAS and one offline copy on a disk I sync via USB once a month or after holidays, with lots of pictures.

The HP MicroServer is a great option for an average use as NAS and Plex server.

After some initial problems the whole system is stable. I turn it off after use so the reduced boot time provided by the SSD is welcome, even if I don’t mind waiting a few seconds more due to the slow CPU.

Data transfer is fast, I use Veeam to backup my laptop and NUC and FreeFileSync for other data, with a best-effort plan to migrate to rsync eventually.All of them get transfer rates close to 1Gpbs.

Now I’ve no more excuses to be late with my backups ! ✌