Welcome back to AirPiConsole blog post, this is part two.

If you read part one and followed the configuration steps you should now have a fully working Raspberry Pi Zero W connected to your WiFi network.

You should also be able to connect via Bluetooth to get a console connection without knowing the IP address of the Raspi.

Now it’s time to move on and start to actually connect to the serial ports.

To connect to devices via serial I use the common USBtoSerial adapters. The Raspi0W has only one micro-USB port so I added a mUSB to Ethernet adapter that is also a 3 ports USB 2.0 hub. 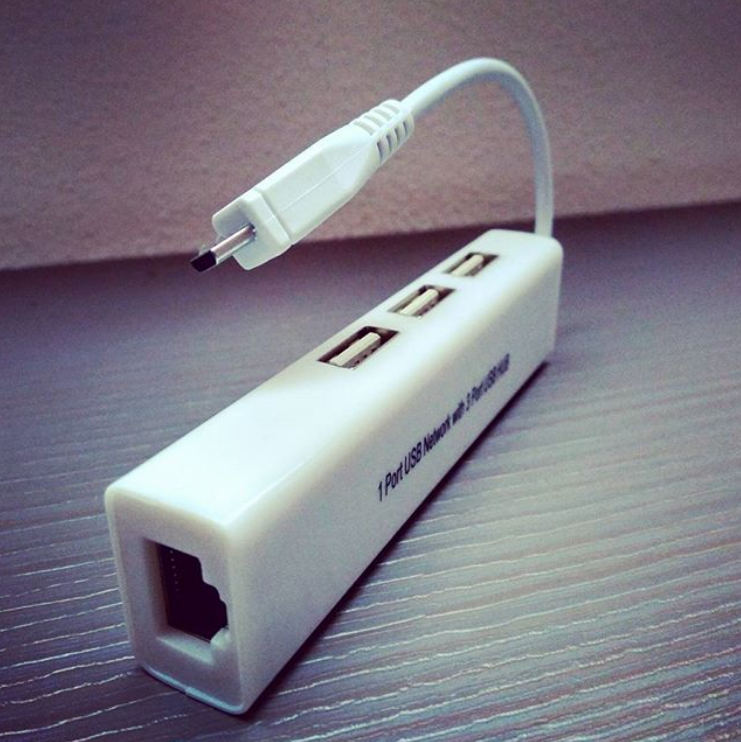 We can see the two USBtoSerial adapters listed in /dev:

Now open a screen session on the first serial port:

I personally prefer tmux over screen but tmux doesn’t support connections to serial ports. Refer to one of the many screen cheat sheets for details.

You can use also minicom or stty . My advice is to try and chose the tool you prefer.

Telnet to USB to Serial

and add these lines:

What we do here is to map a tcp port on the Raspberry Pi to it’s own serial interface. If you plan to use more than three adapters add more lines increasing port number and device id.

It is also possible to map different tcp ports to the same serial port with different speeds.

Now to connect to the serial port we just have to telnet to the IP address of the RaspberryPi, port 2000 for the first serial and so on.

That’s not the most secure method but still useful when we’re connected through a safe media. Connection through ssh is preferable when security is a concern.

AutoSSH and reverse tunnel a.k.a. let’s go to the cloud!

Airconsole has this awesome Enterprise Server feature that allows to connect to the remote devices from a central console.

I’d really like to replicate a similar feature somehow.

Let me be clear: the VPS at cloudatcost is neither fast or reliable. I bought that for 7$ during 2016 Black Friday just for fun and I use it for testing only. I do have to reimage the whole server nearly once at month because some breaks on their infrastructure. Be advised.

Generate the public and private key pair that will be used for the remote tunnel:

Copy the public key created on Raspberry to remote vps:

We should now be able to connect to the remote vps server via ssh without the need of credentials:

Disclaimer: this is not best practice or secure. Design a proper security policy and check before using in production.

Now we can start the reverse tunnel from Raspberry to vps:

To verify connect to remote vps server and start a telnet connection to local port 2000:

The ser2net banner confirms we are connected. We have now a secure “cloud” access to the remote serial port.

To leave the telnet session use CTRL+] and then type quit.

one for each port of my USB hub, just in case I need three simultaneous connections. Feel free to add more, I think the limit is just the power available on Pi. I read about people connecting up to 16 USBtoSerial adapters using powered USB hubs.

Now reboot the Raspberry, connect to vps and telnet on local ports to verify the serial connection works.

Our SAAS (serial as a service) cloud infrastructure is ready!

Port 22 is often closed outbound on the firewalls. Tunneling outbound SSH traffic for tunnels through port 443 may improve the chances of an established connection.

Another useful feature would be to use the Pi as access-point instead of WiFi client.

Sometimes terminal have a small size, it is possible to customize the values for better results.

I can quite easily imagine how this small project could scale to hundreds or remote devices that connect to a central server for management. It would need an automated on-boarding procedure and a way to manage all the remote devices but Salt/Puppet/Chef would help for this.

Hardware reliability would maybe be an issue, Raspberry Pi is great for prototypes but they don’t look able to manage a 24/7 load.

I still haven’t figured out how to send CTRL+C when connected to Raspi via Bluetooth to interrupt a running command. As a workaround I start a tmux sessions right after connecting.

The common dilemma is buy or build?

The answer often depends on what’s the more scarce resource you have, money or time.

For this project I chose to build to have more flexibility and margin for improvement without relaying on a vendor to implement what I'll need. It would have been easier to simply buy another Airconsole but I wouldn’t have learned so many new Linux tools and commands. It is all about the journey.

I hope you enjoyed this two parts blog post and will get rid soon of long console cables and go wireless and cloud instead ;-)

The final result on my desk:

In the next episode of this series we’ll provide an overlay remote access to the AirPiConsole.